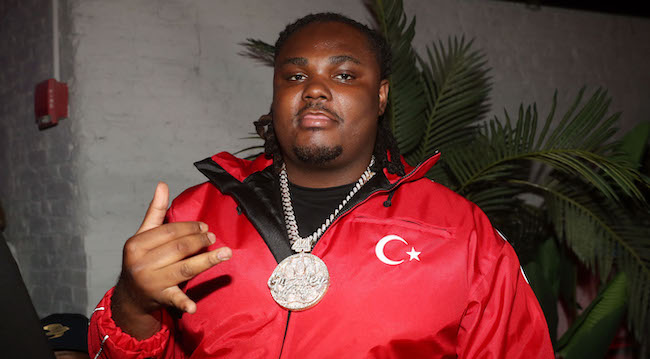 TMZ reports Detroit rapper Tee Grizzley was shot at late last night in an incident that left his manager — his aunt, Jobina Brown — dead. Law enforcement confirmed to TMZ that a gunman on foot opened fire on Tee Grizzley’s Cadillac Escalade, striking Brown, who died from her wounds at the hospital. She was 41 years old.

Police are investigating, but do not know if Grizzley was the intended target of the attack. The “First Day Out” rapper stayed behind at the scene while his manager was rushed to the hospital. He was unhurt, as was his driver. Tee Grizzley’s loss comes on the heels of his triumphant guest appearance on the Quality Control Music compilation, Control The Streets, Vol. 2, which released last Friday. On the compilation, he reprised his partnership with Lil Yachty on the track “Once Again” after Yachty appeared on Grizzley’s debut album, Activated, in 2018. They’d previously worked together on the 2017 cut “From The D To The A.” Grizzley just released the follow-up, Scriptures, in June.

The Detroit rapper is just the latest entertainer to face a shooting in the past few months. Young Thug, Waka Flocka Flame, and Yung Miami all narrowly avoided injury in recent shootings, all in the same relatively short span months after Nipsey Hussle was shot and killed at his Marathon store in March.